How to Find Your Hook 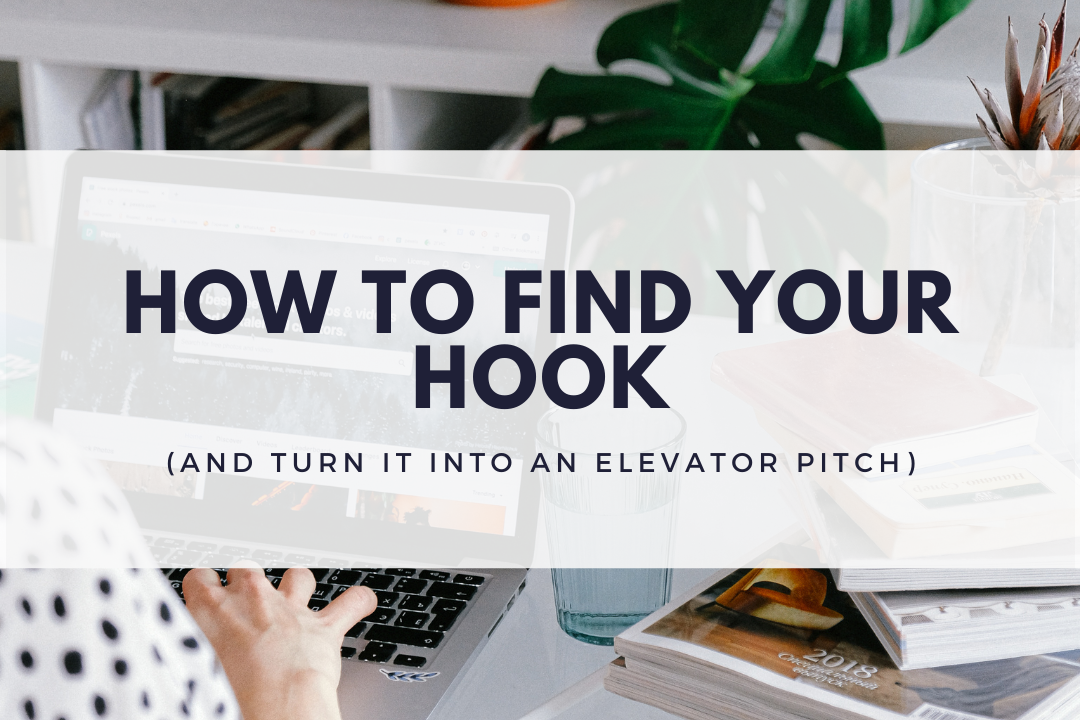 Pitching is one of the final skills you have to learn as a novelist. Many gatekeepers look for a strong ‘hook’ when deciding whether to give a submission serious attention, which means proving your story’s worth in the cover letter, before they’ve read a word of the novel.

Many writers have a fair frustration with this. Your novel might not have the most memorable premise or the most self-contained core story but still be engaging, even fascinating. That said, a big part of the issue is the struggle to communicate the hook, even when it’s there, and sometimes you have to reach beyond what you deem to be the essence of the story to find what an agent can use to sell it.

Once you’ve managed to articulate the hook, you’ll doubtlessly be able to improve the novel itself, increasing narrative focus and cutting any unnecessary diversions.

What is a hook?

A hook is what grabs the reader and pulls them into your book; it is the unique premise of the story. It is specific – it couldn’t also apply to a hundred other novels – and it offers just enough to invest you in the narrative, which is usually the inciting incident and story goal.

The best place to communicate your hook to a literary agent or publisher is the elevator pitch in your cover letter. This is a one-sentence description of the core storyline.

Reading through some of the cover letters submitted to the BPA First Novel Award, it’s clear that many writers struggle with this. Many of the elevator pitches are too vague or convoluted. Some concern themes, not story, or simply fail to suggest an original narrative.

I know I’ve struggled to get this right when pitching my own work, either because the book in question was too interior (and a hook needs to describe a physical journey) or because I was so stressed about getting the pitch right that the phrasing became awkward.

Writers who think your novel doesn’t have a hook:

First, think of the inciting incident of your novel, the event, invitation, or circumstance that disrupts the balance of the protagonist’s life. Then think of what makes your novel unique, whether it’s that your protagonist works as a slow fashion marketer, that they have to visit ten African countries to achieve their goal or that it’s set in 2030 Argentina. Now, combine these things into an active sentence.

Writers who think your hook can’t be condensed into a sentence:

Don’t try to tell us too much e.g. the inciting incident, story goal and the first complication. Try simply describing the protagonist and the thing that kicks off the novel’s events. If you have multiple protagonists, think about the one thing that connects their journeys e.g. a gardener, a lawyer and a housekeeper want to find out why a woman died at Reading festival, but they’ll only find the truth if each shares everything they know.

Writers who know you have a strong hook but struggle to articulate it naturally:

Next time someone asks you what your book is about, don’t avoid the question. Tell them! Don’t try to be fancy but use your natural speaking voice. Then, write it down in the same way. Reduce the wordiness and this should be a good starting point.

Let’s look at some examples of elevator pitches that aren’t working for one reason or another. (For the record, these pitches were unskilfully written by myself, based on a made-up novel!)

Love and hate can walk side by side, but the heart will choose in the end.

This pitch reads like a movie tagline. You’d find this kind of line on a poster with a lot of other things selling the film – the image, casting and design would all give you a sense of genre and quality. This sentence isn’t too helpful in a cover letter, when the reader wants an idea of the narrative. It could apply to all kinds of stories in different genres. Avoid using abstract nouns and make sure there’s a sense of movement.

Beatrice Cooper seeks to uncover the mysteries in her father’s past. Will the lies destroy years of sacrifice?

This sentence is better, but it’s still very vague. Knowing Beatrice Cooper’s name doesn’t help us to know anything about her. We don’t know the nature of the mysteries in her father’s past (or anything about him). The writer is withholding what he’s lying about and what he’s been sacrificing. We all love a good mystery uncovering, but this can take many shapes and the mere mention of mystery isn’t enough.

This is a novel about guilt, hope, and sacrifice that will take the reader on a journey of looking from the past to the future.

Make sure not to tell us the novel’s themes rather than the story. A sentence about themes might be helpful further down your cover letter but it shouldn’t be presented as the elevator pitch. Ideally, you’ll describe the story in such a way that the reader can guess the themes. Think about who is experiencing the guilt, hope, etc. and why, and frame the hook around this.

Bea, a composer, hears something that leads her to think her father plagiarised songs and she tries to get to the truth whilst facing the worry that her own music is awful, and she doesn’t even know that her father did it all for her, because of a situation relating to criminal manipulation which will be revealed at the end.

This hook gives a lot more concrete information and might incline an agent to read on if it was better written. The writer has attempted to bring up all the elements of the story key to the core plot, but the sentence has become convoluted and awkward. Let’s see if we can turn it into a shorter, smoother sentence.

Composer Bea is struggling with imposter syndrome when a Spotify search suggests her musician father plagiarised another artist’s work – will her effort to uncover the truth end her career or could it heal a wound she didn’t know existed?

Now, this one is using the em dash trick, but you’ll see that it enables the writer to share both the premise (pre em dash) and how the story will move from that point (post em dash), hinting at the theme of guilt and element of mystery. Rhetorical questions can also be a handy tool if you want to hint at where the story is going without saying too much.

It’s important to get a second (and third) opinion on your pitch, as you would with your manuscript. If you’ve had a go at articulating your hook in an elevator pitch and would like a second opinion, email me at tess@bluepencilagency.com and I will be happy to send you some (free) feedback.

Submissions to the #BPAPitchPrize 2022 are now ope

The #Shortlist of the #BPAFirstNovelAward 2022. W

Thrilled to have literary agent Joanna Swainson of

Announcing the Longlist of the #BPAFirstNovelAwar

We are now accepting earlybird bookings for the Au

If you haven’t heard Emma teach on psychic dista

JULY SALE! Until the end of the month, we're offer

Head to the BPA Blog to read more about what liter